The Elite Group A match of the Vijay Hazare Trophy 2020-21 will be played between Hyderabad and Baroda on 24th February at Lalabhai Contractor Stadium in Surat.

The match is scheduled to start at 9:00 AM local time and IST.

Hyderabad will go head to head against Baroda in Round three Elite A Group match of the Vijay Hazare Trophy 2021 on Wednesday. Hyderabad occupies the number one spot on the Group A points table after winning both their matches. Baroda also have won both their matches played so far, but are placed third based on Net Run Rate (NRR).

Hyderabad openers Tanmay Agarwal and Tilak Verma are in the form of their lives scoring a century each in the starting two matches. Baroda captain Krunal Pandya and Vishnu Solanki’s heroics have made sure their team does not taste defeat thus far in the tournament. A mouth-watering encounter is what we have in our hands, with one of Hyderabad or Baroda will face their first loss in the 2021 Vijay Hazare trophy.

It will be a sunny morning here in Surat, with the temperature hovering around the 22 to 30 degrees mark. The chance of precipitation for this match is low.

The pitch is expected to favour the bowlers more than batsmen. With two all-outs in the first innings of the last two matches played on this pitch, a closely-fought low-scoring encounter is anticipated.

(Will be added when there is an update)

Opener Tilak Verma has the highest average in the Hyderabad team. He averages 61.28 with a Strike rate of over 100. He is in great form after scoring 156 against Tripura.

Hyderabad skipper Tanmay Agarwal has played 31 List A matches with the highest score of 136 runs. He scored 122 against Chhattisgarh at an impressive strike rate of 105.17.

Chama Milind is an experienced campaigner for Hyderabad. He has played 38 List A matches picking up 70 wickets at an economy of 5.24.

Right-arm medium pacer Atit Sheth is the most economical bowler in the Baroda line-up. He has picked up 51 wickets at an economy of 4.67. An established wicket-taking bowler to have in your fantasy XI.

Veteran all-rounder Krunal Pandya is a game changer player to earn points in batting as well as bowling department. He averages 35.15 in batting and has 79 wickets under his belt in list A cricket. 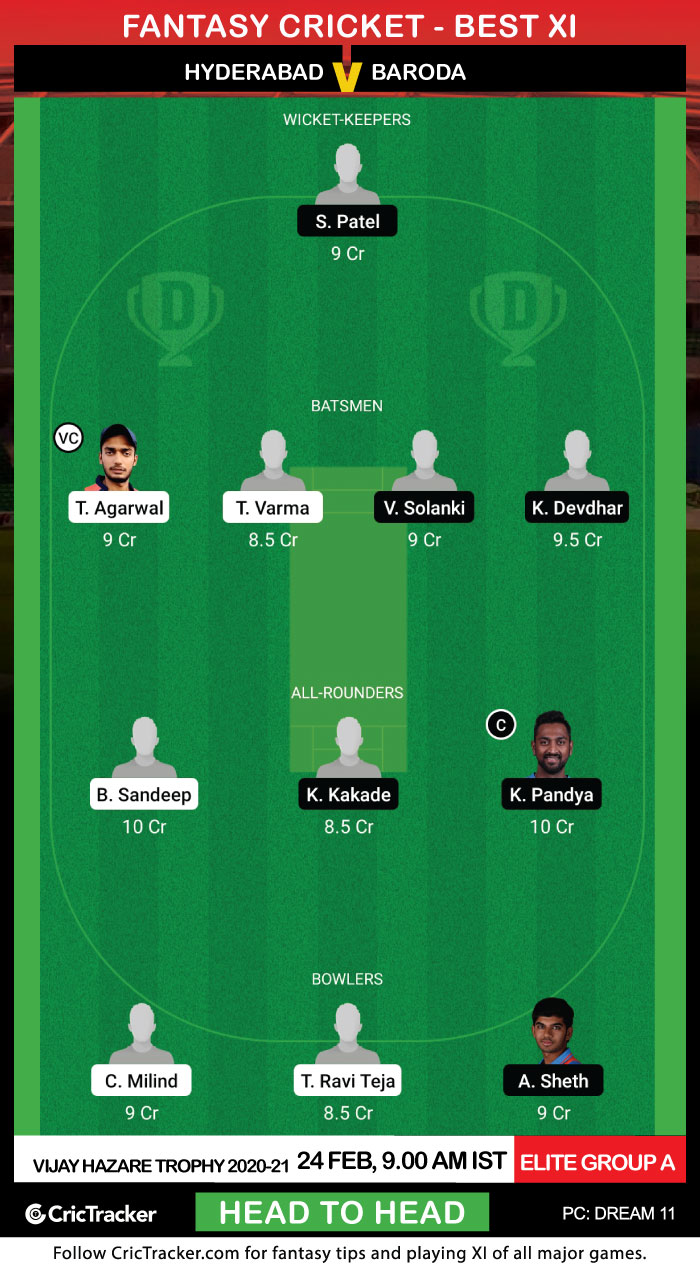 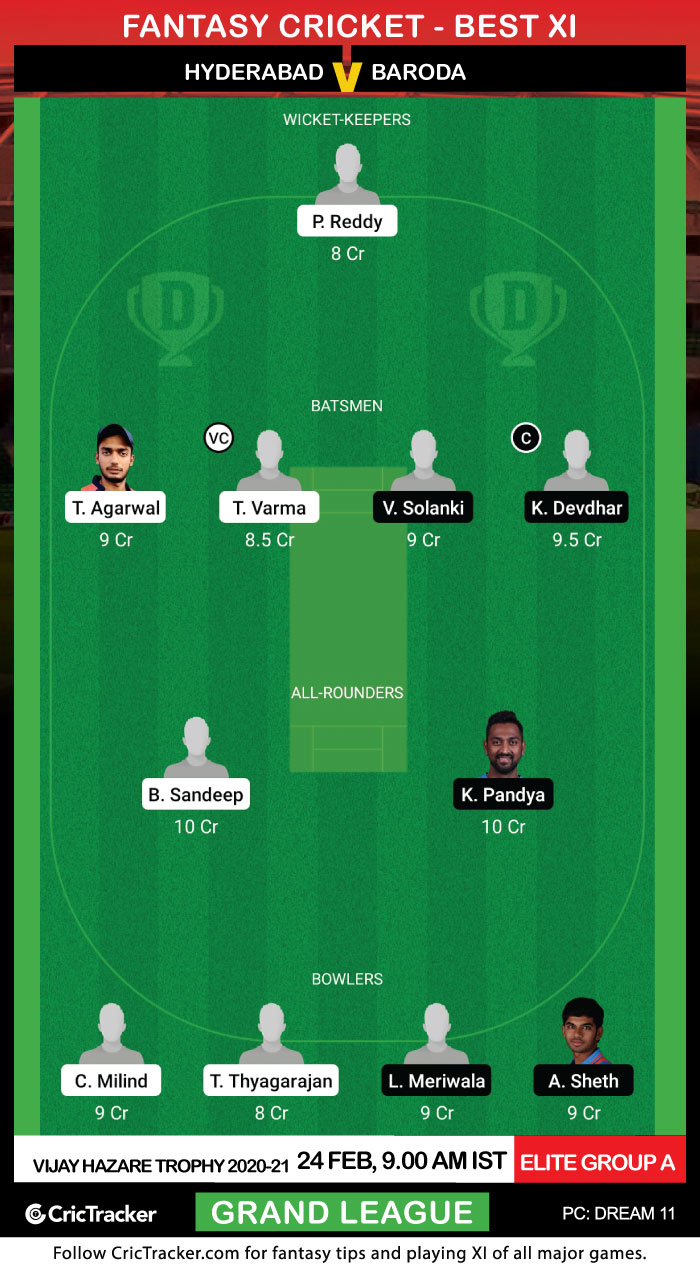 It is advisable to pick Krunal Pandya in your side as he will get you points with the bat as well as with the ball.

Hyderabad are expected to win this match.

Note: Updated Fantasy teams and Playing XIs of every match will be provided in our Telegram channel if the information is available.

Disclaimer: This team is based on the understanding, analysis, and instinct of the author. While selecting your team, consider the points mentioned and make your own decision.